The retina is a layer of tissue in the back of the eye that perceives light and sends images to the brain. Retinal detachment arises when the retina separates from its normal position due to a tear. Here I explain the symptoms, causes, treatment and how it is an operation of the retinal detachment and post-operative recovery.

Retinal detachment, what is it? How is it treated

Imagine that your retina is like a screen on which all the images of your daily life are projected.

The projector receives the image and focuses it exactly on that screen.

In retinal detachment the screen suffers trauma, usually in the periphery. Imagine that the screen we are talking about is formed by a canvas and a hard surface on which the canvas remains tense.

A hole is formed that, if left untreated or sealed, causes the space between the canvas and the external surface to gradually fill with liquid, causing a distortion of the image, black screen areas that may initially be recoverable but that over time destroys the rest of the canvas until the image cannot be re-formed even if we repair it

That is why it is urgent to go to a specialist when “that canvas” that is the retina is broken. 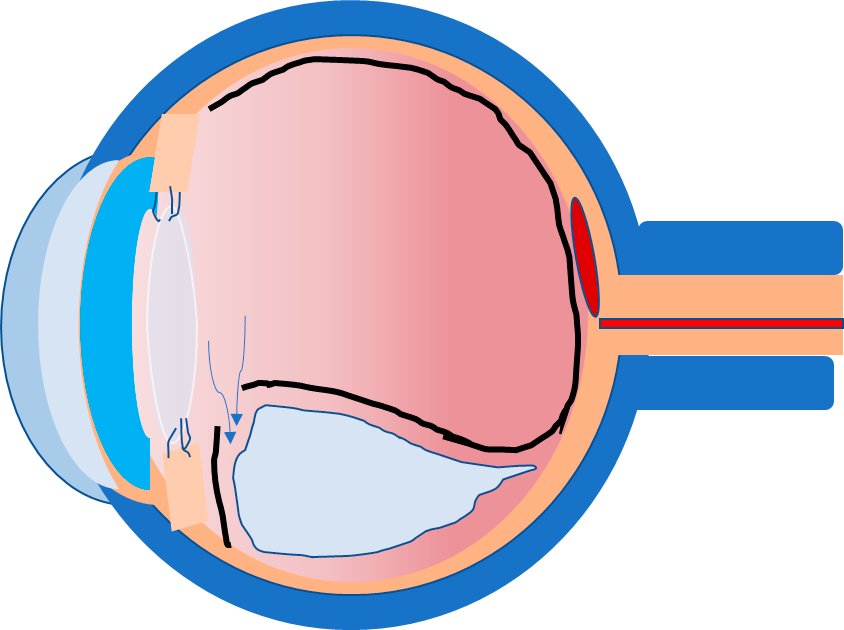 What symptoms can indicate that we have retinal detachment?

Initially there may not be areas without vision.

Normally these symptoms are prior to retinal detachment, knowing how to recognize them can improve the functional prognosis.

When we observe these symptoms, 3 things can happen:

What is the treatment?

The treatment basically consists of putting the retina back in its place, eliminating the liquid that keeps it out of position and sealing the tear by laser or cryotherapy.

There are 2 types of approach, external and internal.

The procedures may vary depending on each complete case and the technique that the surgeon dominates with greater expertise.

It is possible to associate the two procedures in the intervention. 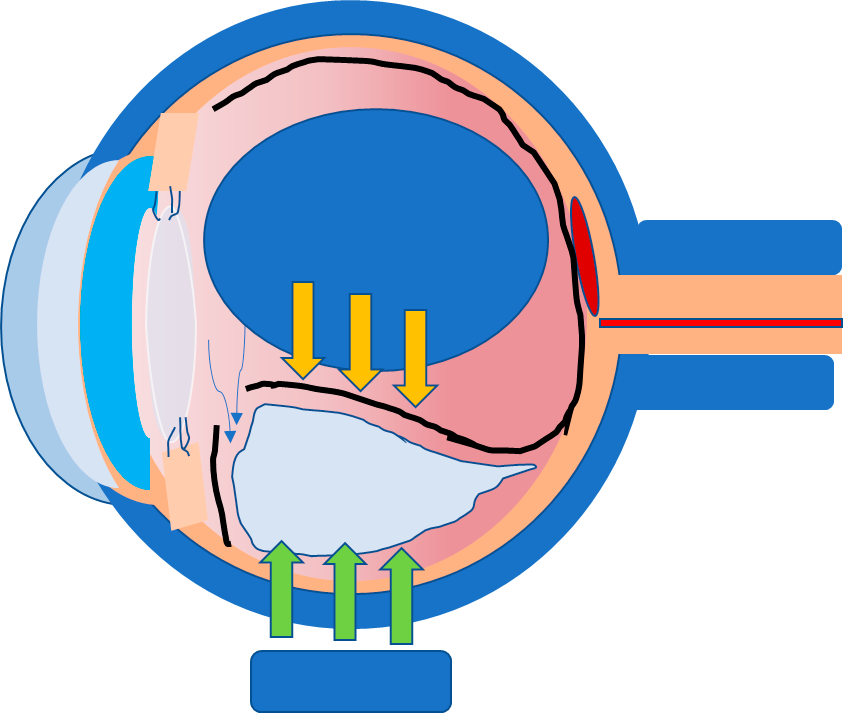 Do not be alarmed. On a large number of occasions it is possible to recover your retina and retain its function, and therefore vision.

It may happen that in the first intervention the retina is not completely attached and it is necessary to reoperate, using sometimes more laborious techniques, such as combining internal and external procedures or introducing denser substances into the eye so that we can have a total reapplication of the retina.

You have to be optimistic, in the vast majority of cases the retina is finally fixed.

What should I do after the intervention?

These are fundamentally resting and maintaining a certain posture. Depending on the type of detachment and the location of the tear, a posture will be proposed to maintain a number of hours.

Sometimes the doctor will ask you to remain seated, other times lying on one side, and sometimes face down. Recommendations on how long you should stay in that position are individualized by your doctor.

First of all keep calm and think that the sacrifice will be worth it, because the prize will be visual recovery and this process is always resolved with the collaboration of the patient who is a very important part of the process. 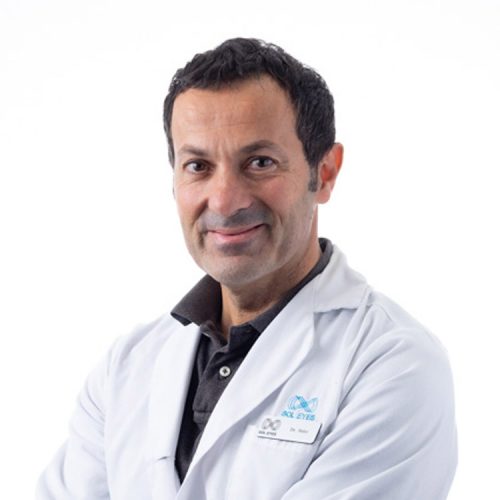